Alex, an assassin-for-hire, finds that he’s become a target after he refuses to complete a job for a dangerous criminal organization. With the crime syndicate and FBI in hot pursuit, Alex has the skills to stay ahead, except for one thing: he is struggling with severe memory loss, affecting his every move. Alex must question his every action and whom he can ultimately trust.

“Popeye” Doyle travels to Marseilles to find Alain Charnier, the drug smuggler that eluded him in New York.

A woman is released from prison after serving a sentence for a violent crime and re-enters a society that refuses to forgive her past.

Angela Bennett is a freelance software engineer who lives in a world of computer technology. When a cyber friend asks Bennett to debug a new game, she inadvertently becomes involved in a conspiracy that will soon turn her life upside down and make her the target of an assassination. 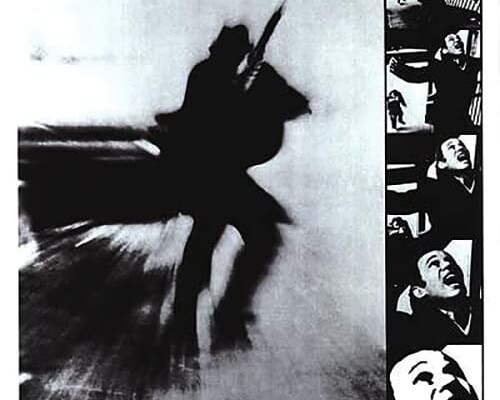 Tough narcotics detective ‘Popeye’ Doyle is in hot pursuit of a suave French drug dealer who may be the key to a huge heroin-smuggling operation.

The true story of Henry Hill, a half-Irish, half-Sicilian Brooklyn kid who is adopted by neighbourhood gangsters at an early age and climbs the ranks of a Mafia family under the guidance of Jimmy Conway.

A cop who moonlights as a hit man agrees to kill the hated mother of a desperate drug dealer in exchange for a tumble with the young man’s virginal sister.

U.S. Marshal Sam Gerard is accompanying a plane load of convicts from Chicago to New York. The plane crashes spectacularly, and Mark Sheridan escapes. But when Diplomatic Security Agent John Royce is assigned to help Gerard recapture Sheridan, it becomes clear that Sheridan is more than just another murderer.

After a mobster agrees to cooperate with an FBI investigation in order to stay out of prison, he’s relocated by the authorities to a life of suburban anonymity as part of a witness protection program. It’s not long before a couple of his new neighbours figure out his true identity and come knocking to see if he’d be up for one more hit—suburban style.