The fate of the galaxy rests in the hands of bitter rivals. One, James Kirk, is a delinquent, thrill-seeking Iowa farm boy. The other, Spock, a Vulcan, was raised in a logic-based society that rejects all emotion. As fiery instinct clashes with calm reason, their unlikely but powerful partnership is the only thing capable of leading their crew through unimaginable danger, boldly going where no one has gone before. The human adventure has begun again.

Retired from active duty to train new IMF agents, Ethan Hunt is called back into action to confront sadistic arms dealer, Owen Davian. Hunt must try to protect his girlfriend while working with his new team to complete the mission. 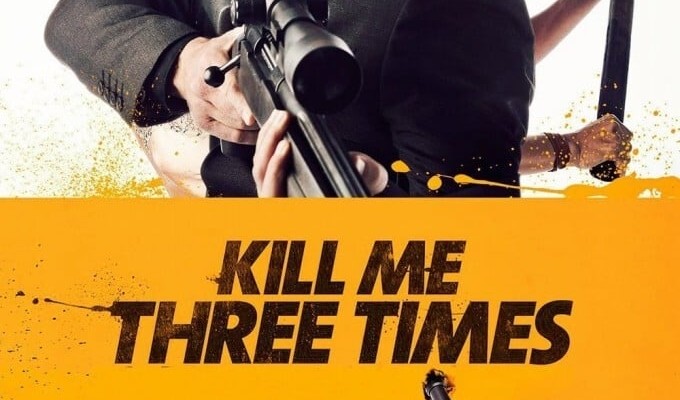 While on a seemingly routine job, a jaded hit man discovers that he’s not the only one with his target in the crosshairs.

Ethan and team take on their most impossible mission yet—eradicating ‘The Syndicate’, an International and highly-skilled rogue organisation committed to destroying the IMF.

As a former London constable, Nicholas Angel finds it difficult to adapt to his new assignment in the sleepy British village of Sandford. Not only does he miss the excitement of the big city, but he also has a well-meaning oaf for a partner. However, when a series of grisly accidents rocks Sandford, Angel smells something rotten in the idyllic village.

Shaun lives a supremely uneventful life, which revolves around his girlfriend, his mother, and, above all, his local pub. This gentle routine is threatened when the dead return to life and make strenuous attempts to snack on ordinary Londoners.

When an IMF mission ends badly, the world is faced with dire consequences. As Ethan Hunt takes it upon himself to fulfill his original briefing, the CIA begin to question his loyalty and his motives. The IMF team find themselves in a race against time, hunted by assassins while trying to prevent a global catastrophe.

When the creator of a popular video game system dies, a virtual contest is created to compete for his fortune.

Orbiting above a planet on the brink of war, scientists test a device to solve an energy crisis and end up face-to-face with a dark alternate reality.

Intrepid young reporter Tintin and his loyal dog Snowy are thrust into a world of high adventure when they discover a ship carrying an explosive secret. As Tintin is drawn into a centuries-old mystery, Ivan Ivanovitch Sakharine suspects him of stealing a priceless treasure. Tintin and Snowy, with the help of salty, cantankerous Captain Haddock, and bumbling detectives Thompson & Thomson, travel half the world, one step ahead of their enemies as Tintin endeavors to […]