Steve Russell is a small-town cop. Bored with his bland lifestyle, Russell turns to fraud as a means of shaking things up. Before long, Russell’s criminal antics have landed him behind bars, where he encounters the charismatic Phillip Morris. Smitten, Russell devotes his entire life to being with Morris regardless of the consequences.

Fletcher Reede is a fast-talking attorney and habitual liar. When his son Max blows out the candles on his fifth birthday he has just one wish – that his dad will stop lying for 24 hours. When Max’s wish comes true, Fletcher discovers that his mouth has suddenly become his biggest liability.

When recently single Steven moves into his new apartment, cable guy Chip comes to hook him up—and doesn’t let go. Initially, Chip is just overzealous in his desire to be Steven’s pal, but when Steven tries to end the ‘friendship’, Chip shows his dark side. He begins stalking Steven, who’s left to fend for himself because no one else can believe Chip’s capable of such behaviour.

A film about the life and career of the eccentric avant-garde comedian, Andy Kaufman.

Inside a snowflake exists the magical land of Whoville. In Whoville, live the Whos, an almost mutated sort of Munchkin-like people. All the Whos love Christmas, yet just outside of their beloved Whoville lives the Grinch. The Grinch is a nasty creature that hates Christmas, and plots to steal it away from the Whos, whom he equally abhors. Yet a small child, Cindy Lou Who, decides to try befriending the Grinch.

When timid bank clerk Stanley Ipkiss discovers a magical mask containing the spirit of the Norse god Loki, his entire life changes. While wearing the mask, Ipkiss becomes a supernatural playboy exuding charm and confidence which allows him to catch the eye of local nightclub singer Tina Carlyle. Unfortunately, under the mask’s influence, Ipkiss also robs a bank, which angers junior crime lord Dorian Tyrell, whose goons get blamed for the heist.

Three wealthy children’s parents are killed in a fire. When they are sent to a distant relative, they find out that he is plotting to kill them and seize their fortune. This movie is extremely alarming, an expression which here means “a thrilling misadventure involving three ingenious orphans and a villainous actor named Count Olaf (Jim Carrey) who wants their enormous fortune.” It includes a suspicious fire, delicious pasta, Jim Carrey, poorly behaved looches, Billy […] 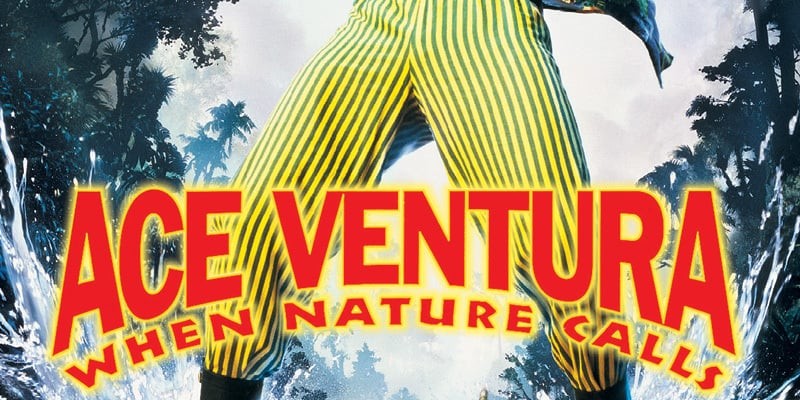 Summoned from an ashram in Tibet, Ace finds himself on a perilous journey into the jungles of Africa to find Shikaka, the missing sacred animal of the friendly Wachati tribe. He must accomplish this before the wedding of the Wachati’s Princess to the prince of the warrior Wachootoos. If Ace fails, the result will be a vicious tribal war.

After Kick-Ass’ insane bravery inspires a new wave of self-made masked crusaders, he joins a patrol led by the Colonel Stars and Stripes. When these amateur superheroes are hunted down by Red Mist — reborn as The Mother Fucker — only the blade-wielding Hit-Girl can prevent their annihilation.

20 years after the dimwits set out on their first adventure, they head out in search of one of their long lost children in the hope of gaining a new kidney.